You can once again attend in-person events in Ottawa—including professional sports—now that Ontario is in Step 3 of COVID-19 reopening!

Attending live professional sporting events is a favourite activity for locals and visitors in Canada’s capital. And with easy access to several indoor and outdoor venues, fans fill up the stands year-round to cheer on their teams. Whether you want to see a long-running hockey or football team, or check out one of the newer soccer, basketball or rugby groups, you’ll find the game you love to watch in Ottawa.

Note: This article is based on information available on the publishing date. Please consult each team website directly for current details.

Ottawa REDBLACKS games are so popular with local fans that they often sell out, so plan ahead! The Canadian Football League (CFL) differs from its American counterpart, most notably in its larger playing area, and fields 12 players for each team instead of 11. The CFL season runs from June to November, culminating in the Grey Cup championship game. Look out for Big Joe, the friendly lumberjack mascot. Wear your best red and black plaid and give him a high five!

The Ottawa REDBLACKS play at TD Place Stadium at Lansdowne, located in the Glebe neighbourhood south of downtown. Devoted fans remain loyal to one side of the stands, so you may be asked if you’re a north-sider or a south-sider! The stadium is surrounded by the Lansdowne sports and entertainment complex that includes many restaurants and shops, plus a weekly farmers’ market and other programming.

Your game ticket entitles you to free Ottawa and Gatineau public transit service during the game and for three hours before and after the event. If you prefer to drive or cycle, there is paid underground parking and free bike parking onsite. Inside the stadium, a wide variety of concession stands offer pizza, poutine, hot dogs, barbecue, soft drinks, beer and more.

Note: The Ottawa REDBLACKS’ first home game of 2021 takes place on August 28 against the BC Lions. The abbreviated 2021 CFL season includes seven home games for the team. Visit the team’s website for details including COVID-19 restrictions.

Ice hockey is beloved in Canada, and attending a game should be a must during any winter trip to Ottawa. Plus, there are two hockey experiences to choose from!

The city's National Hockey League (NHL) team, the Ottawa Senators, play at the Canadian Tire Centre (CTC) in Kanata, a western suburb. The NHL season runs from October to April, followed by the Stanley Cup playoffs in May and June. The team is colloquially known as the Sens, and their friendly mascot Spartacat loves to get the crowd pumped up.

The CTC holds approximately 18,000 fans and is easily accessible via public transit, with dedicated bus routes running on event days. Plenty of paid parking is also available. There are many concession stands around the arena offering casual food and beverage options, including local favourite Golden Palace eggrolls. You can also enjoy a meal at one of several restaurants located inside the CTC, from pubs to fine dining. If you like to shop, the Tanger Outlets are just across Highway 417 from the arena, and there are several hotels conveniently located nearby as well.

Note: The NHL is planning a return to its normal schedule for the 2021–22 season. Visit the Ottawa Senators website for latest details.

Canada’s capital is also home to the Ottawa 67’s, who play in the junior-level Ontario Hockey League. More than 100 Ottawa 67’s players have gone on to play in the NHL, so this is the perfect opportunity to see them before they turn pro!

Dozens of home games are scheduled each season at the aforementioned TD Place, in the indoor arena beneath the football stands. They often take place on weekend days or evenings, and are a fun and affordable event for families. Be sure to say hey to Riley the Raccoon, the team’s adorable masked mascot! And you might hear the team’s nickname, “Barber Poles”, which is based on their jersey design.

The Ottawa BlackJacks played their inaugural season in the Canadian Elite Basketball League (CEBL) in 2020 as an expansion team and made it as far as the semifinals—go BlackJacks!

The CEBL season runs from May to August, and the BlackJacks play weekly home games at the aforementioned Arena at TD Place.

Note: As of July 16, 2021, for the first time since the BlackJacks’ inception, a limited number of fans can attend the season’s remaining games. See the team’s website for details.

The beautiful game is alive and well in Ottawa! Atlético Ottawa is part of the Canadian Premier League (CPL) and is a sister team to longstanding Spanish football club Atlético Madrid. The CPL season runs from April to October, followed by the CPL Finals. Atlético Ottawa plays its home games at the aforementioned TD Place Stadium.

Rugby league is a 13-man version of the game (as compared with the 15-man rugby union) and is fast-paced and exciting to watch, with virtually no stopping and plenty of tackling during two consecutive 40-minute sets.

Note: The Aces’ inaugural season has been postponed to 2022 due to the COVID-19 pandemic. See the team’s website for details. 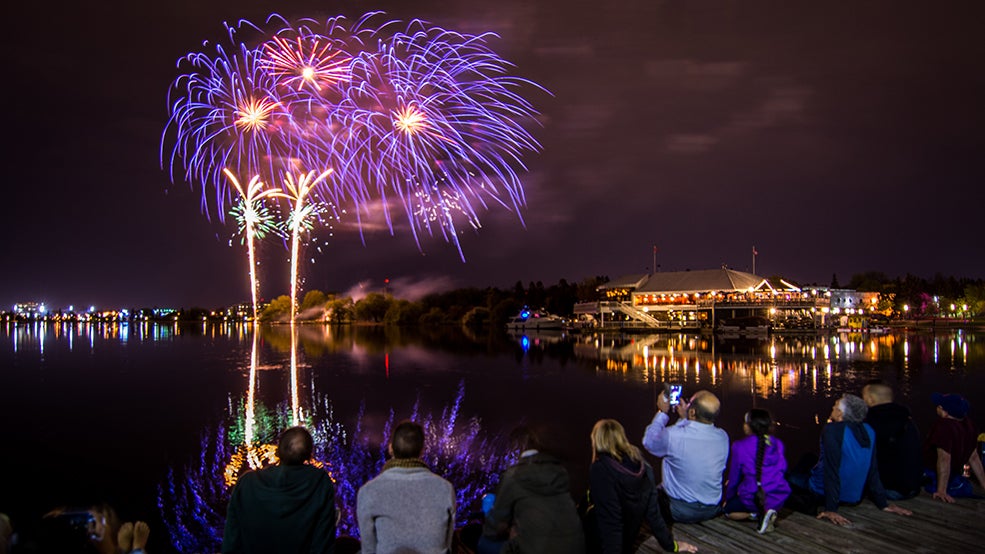