“I always knew my life wasn’t meant to be spent behind a desk, I needed something more tactile where I could use my hands. I’ve been using the Ottawa City Woodshop to make my eye-catching paddles.”

Take an old skateboard, for example, what you see isn’t much. What Andrew sees is an opportunity to craft. While he might not get to skate as much as he would like to anymore, Andrew is still surrounded by boards on a day-to-day basis and has no complaints about it. A life behind a desk was never in his cards but a life of creating was, it was only a question of what he would make. Once the Ottawa City Woodshop, an urban communal wood working project, opened its doors three years ago Andrew realized his calling. He found a way to channel his passion for skateboarding into a practical artform by using recycled boards to make handcrafted wooden canoe paddles. Each paddle is completely unique and different from the next. So much so, they were even featured in Canoeroots Magazine and on Vice. 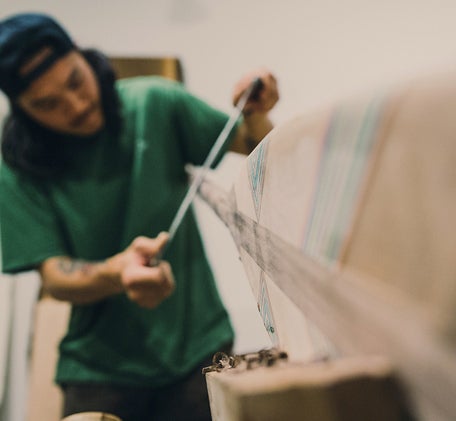 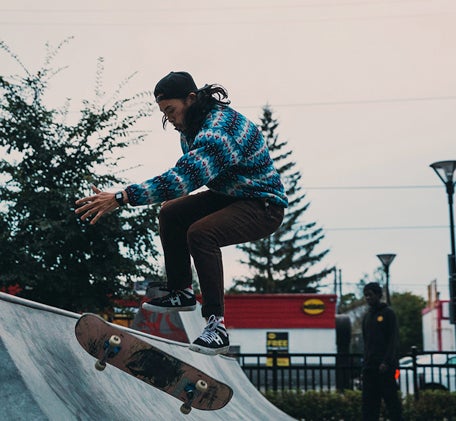 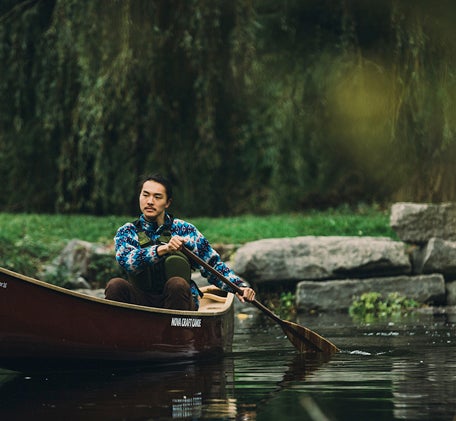