Royal visits in Ottawa in May 2022

As Canada’s capital, Ottawa often hosts dignitaries, VIPs and monarchs, and this includes two special royal visits this May! Princess Margriet of the Netherlands, as well as The Prince of Wales and The Duchess of Cornwall, will be visiting Ottawa at different times during the Canadian Tulip Festival (May 13-23, 2022). Whether you’re planning to be in Ottawa for the event, or to enjoy the spring weather, attractions and culinary experiences, you just might have a royal encounter! Plus, you can visit sights that have royal connections.

Princess Margriet of the Netherlands

Her Royal Highness, Princess Margriet, and her husband Prof. Pieter van Vollenhoven, are paying an official visit to Ottawa May 12-16, 2022 to honour the close friendship between Canada and the Netherlands. (A planned visit in 2020 to celebrate the 75th anniversary of the Liberation of the Netherlands was cancelled due to COVID-19.)

The Princess will be participating in several ceremonial events, including the unveiling of a plaque and a meeting with Prime Minister Justin Trudeau at the Beechwood Cemetery—the National Military Cemetery of the Canadian Forces. She’ll also officially open the Canadian Tulip Festival on May 13, an event which is celebrating its 70th anniversary, and whose origins are directly linked to the Dutch Royal Family.

During the Second World War, the Royal Family of the Kingdom of the Netherlands took refuge in Ottawa. When they arrived, the Dutch Royal Family stayed at Rideau Hall (more on that site below) and Princess Margriet was born in 1943. She was christened at St. Andrew’s Presbyterian Church which still stands in downtown Ottawa.

In 1945, Canadian troops played a key role in the liberation of the Netherlands. As a symbol of gratitude, the Dutch government sent Canada tulip bulbs—a gift that has continued every year since. This deeply rooted tradition inspired what has become the Canadian Tulip Festival.

Since her birth, Princess Margriet has returned to Ottawa several times. In 2002, she unveiled a statue donated by the Dutch at Commissioner’s Park, where the festival takes place. The Man with Two Hats monument is a replica of the one found in Apeldoorn, in the Netherlands, where Margriet resides. The twin statues exemplify the strong ties between the Netherlands and Canada.

The Prince of Wales and The Duchess of Cornwall

As part of The Platinum Jubilee of Her Majesty Queen Elizabeth II in 2022, Their Royal Highnesses The Prince of Wales and The Duchess of Cornwall, are stopping in Ottawa. During their visit on May 18, they are scheduled to meet with dignitaries, participate in ceremonies and meetings, and attend special events at sites such as the National War Memorial, the RCMP Musical Ride Centre and Rideau Hall. An official public appearance has yet to be confirmed.

Visit the official 2022 Royal Tour of Canada website for the most current information. And if you hope to meet the Royal Family, consider some helpful etiquette guidelines gathered by Canadian Heritage.

The British Royal Family regularly tour Canada. The Prince of Wales and The Duchess of Cornwall last visited Ottawa in 2017 during Canada’s 150th anniversary of Confederation; Prince Charles spoke at the Canada Day celebrations on Parliament Hill.

One of the best places to experience Ottawa’s royal ties is at Rideau Hall, the official residence and workplace of the governor general—the Crown's representative in Canada. This National Historic Site is Her Majesty’s official residence when she is in Canada, and she’s even danced in the Ballroom!

Her Majesty The Queen, as well as many other dignitaries, ambassadors and heads of state have planted ceremonial trees on the grounds. While you stroll the expansive greenspace, look for plaques identifying over 150 of these trees, and admire art and cultural pieces. For the best experience, use Rideau Hall’s self-guided tour brochure.

The world-famous Royal Canadian Mounted Police (RCMP) Musical Ride visitor centre and stables (currently closed to the public for renovations until 2023) has several royal connections. Her Majesty the Queen has a keen interest in horses, and she’s the Honorary Commissioner of the RCMP. The Musical Ride has presented her with 8 horses as gifts and Her Majesty gifted the RCMP with two horses! 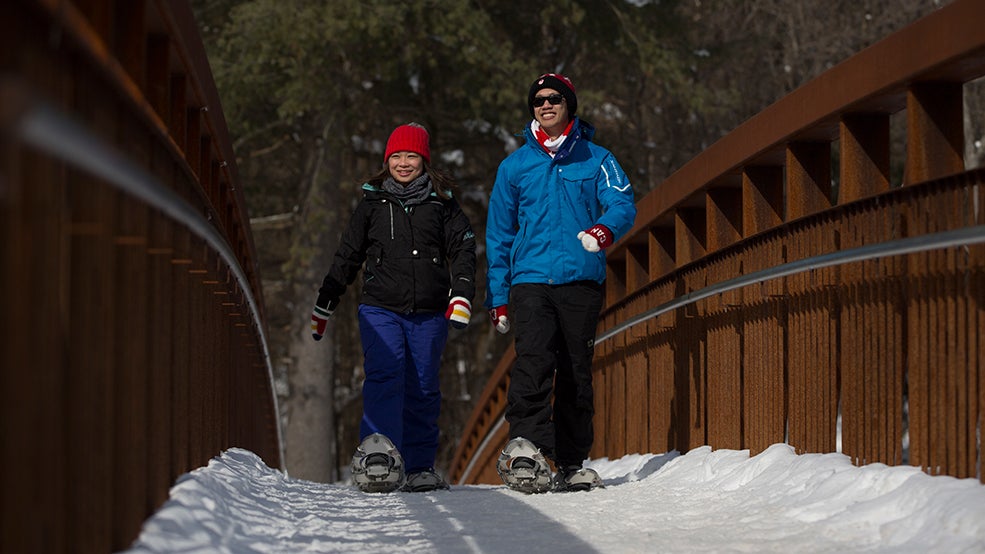