Best places to photograph during Canada Day in Ottawa

Official programming for the 2020 Canada Day celebrations has yet to be announced. Some programming may be affected by the ongoing rehabilitation of Parliament’s Centre Block, however, you can still expect epic events and entertainment that make Canada Day in Ottawa the country’s biggest birthday party! Here are photography tips based on the 2019 celebrations.

There are a plethora of Instagram-worthy options in Ottawa over the Canada Day weekend (June 30 and July 1, 2019) as Canada’s Capital celebrates the 152nd anniversary of Confederation! We’ve gathered a handy list of some of the best Canada Day-themed events, places and things you’ll want to capture. Best of all, most are within Ottawa’s downtown core, where much of the free official festivities take place. And make sure to tag your photos and videos with #MyOttawa and #CanadaDay to share the beauty!

Ottawa bakery Moulin de Provence’s Canada Cookie is a photogenic and popular treat with deep roots. U.S. President Barack Obama purchased two Canada Cookies during his visit to Ottawa in February 2009. Since then, people from around the world flock to the original bakery location in the ByWard Market building, or to the second location on Metcalfe street near Parliament Hill, to purchase what they call an Obama Cookie. Snap one and then eat it on the go, or bring one home in its pretty tin box! Tip: If the Canada Cookie is sold out, consider the Trudeau Cookie which is the same, but has an edible image of Canadian Prime Minister Justin Trudeau’s photo in the middle!

Majestic and historic buildings. The Centennial Flame. Dignitaries, royals and famous artists from Canada and around the world. Hundreds of thousands of people in various red and white garb enjoying live entertainment. The photo opportunities are endless at this iconic location on July 1st – the most popular of the three official Canada Day sites! Tip: If Parliament Hill is too crowded, don’t fret! Revelers will be all over the closed streets of downtown Ottawa and at the other official Canada Day sites: Major’s Hill Park and the Canadian Museum of History.

The people who created the delicious beaver tail-shaped pastries called BeaverTails opened their first permanent kiosk in the ByWard Market neighbourhood in 1980, and the Canadian treats have been served there ever since! Try one of the regular flavours such as Cinnamon and Sugar or Maple, or one of the fancier options with special toppings. Tip: Even the napkins are branded for photo perfection!

Don’t miss capturing the legendary Canada Day pyromusical fireworks! This year, the Manulife Canada Day Fireworks will start around 10:00 p.m. on July 1 and last about 15 minutes. (Fireworks are weather dependent.) Tip: As the fireworks are launched from Nepean Point (near the National Gallery of Canada and the Alexandra Bridge), Parliament Hill is not necessarily the best place to see the fireworks since the Parliament Buildings can block part of your view. Visit our main Canada Day page for better viewing location suggestions.

Giant 3D letter signs make popular photo posts and you won’t want to miss the giant red OTTAWA sign near the corner of York and Sussex Drive in the ByWard Market neighbourhood. Tip: Play with the angles and try to get Parliament’s Peace Tower in your photos.

This year, as on each Canada Day, the Canadian Forces Snowbirds will perform breathtaking fly pasts over Ottawa. The sound reverberates throughout the city as the powerful jets trail red and white smoke. The Snowbirds usually fly over Parliament Hill multiple times in various formations. Tip: Be patient and make sure to snap the ultimate pic as they fly over Centre Block in a beautiful fan-like formation.

Boats corral on the Rideau Canal

Watch as boaters float up from the Ottawa River through the eight historic and manually-operated Ottawa Locks of the Rideau Canal – a UNESCO World Heritage Site! On Canada Day, you’ll often see Canadian flags decorating the boats or flapping on their masts. Many boats are usually moored along the Canal from Wellington Street almost all the way down to Somerset Street. Tip: Two of the best viewpoints are from the Plaza Bridge and the Mackenzie King Bridge.

For an overview of the official event programming, visit our Canada Day webpage.

And to know more on what to expect, how to get around the city and how to prepare for your Canada Day visit to Ottawa, consult our Canada Day Packing Guide.

We look forward to seeing your favourite Canada Day weekend photos and videos! Don’t forget to tag them with #MyOttawa and #CanadaDay. 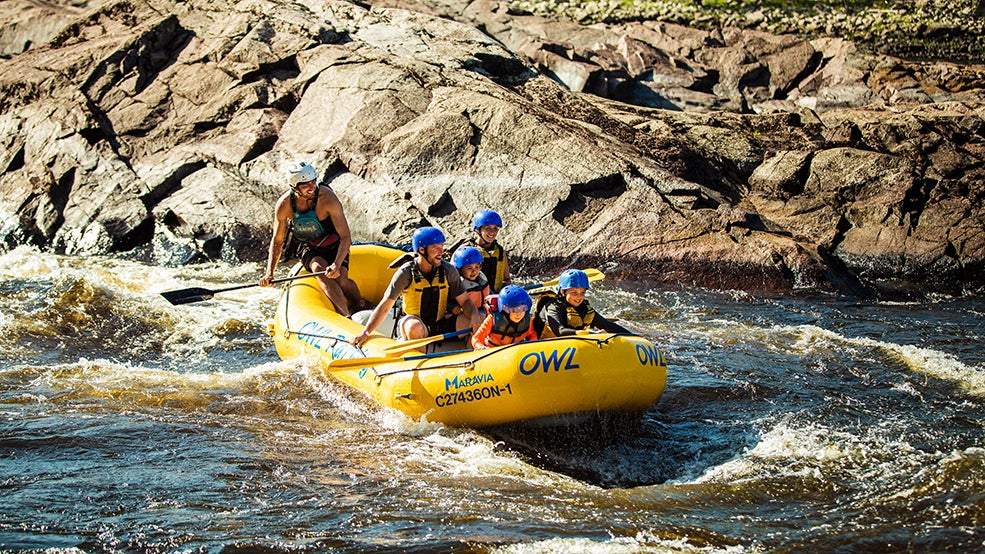