Vanier is a historically French-Canadian neighbourhood just a few kilometres east of downtown Ottawa. In this residential area, you can visit an urban sugar shack, browse at a farmers’ market, cycle along the Rideau River or visit a museum celebrating the neighbourhood’s storied past.

The area that now comprises Vanier was first surveyed by the British in 1792, but it was largely agricultural until after construction of the Rideau Canal began in 1826. That huge public works project drew countless labourers, many of whom settled just outside of Ottawa on the east bank of the Rideau River.

The first bridge over that section of the Rideau River was built in the 1830s, and construction of Montreal Road—now a major commercial artery—started in 1869. In 1909, three small communities merged to form Eastview, which became a hub of Franco-Ontarian culture; the first bilingual public school in Ontario and one of the province’s first caisses populaires (francophone credit unions) were founded here.

Eastview was renamed Vanier—after the recently deceased governor general, Georges P. Vanier—in 1969. The city remained independent until 2001, when it was amalgamated with Ottawa. In recent years, it has become increasingly diverse, with rising numbers of anglophone, Indigenous and new Canadian residents.

Vanier is home to a wide range of independent shops, mainly along Montreal Road in the heart of the neighbourhood and lively Beechwood Avenue on Vanier’s northern edge. You can browse for electric bikes and scooters at EBIKE Plus, or for model train and plane kits at Hobby House. Rafetna sells handmade clothing, artwork and gifts from a number of African countries. Clothes Encounters of a Second Kind is one of the city’s most stylish consignment shops. Jacobsons Gourmet Concepts is a delightful place to browse for cheese, sauces, cookies and other fine foods. And the Beechwood Market in Optimiste Park is a fun place to shop for local products from June through October.

Bobby’s Table is an unpretentious spot beloved for its huge, affordable breakfasts. Tucked away on a side street, tiny Ola Cocina serves up Mexican specialties like yucca fries, pulled pork tacos and huevos rancheros. You can also try Salvadoran pupusas at Tukan, spicy Ethiopian dishes at Habesha or Montreal-style hand-rolled bagels at Cadmans. Quelque Chose bakery is famed for its macarons—you can even take a macaron-making class. And kids will go crazy for the Sundae School, an ice cream shop specializing in multi-scoop desserts with lots of toppings.

For a fun family or group outing, try tagball (it’s like paintball, but with foam ammunition instead of paint) at Tag Zone, or glow-in-the-dark or regular bowling at McArthur Lanes.

To see cutting-edge digital and non-digital art, drop by Le Centre d’artistes Voix Visuelle, a gallery focusing on works by francophone artists on Vanier’s northern edge. Speaking of art: Vanier is home to more than 30 outdoor murals, including the city’s tallest. It’s a colourful four-storey abstract at the corner of Montreal Road and Bégin Street meant to evoke the neighbourhood’s increasingly multicultural character.

The murals are maintained by the Vanier Museopark, a unique community museum located in a 7-hectare (17.5 acre) park that once belonged to the Society of Missionaries of Africa. As well as a fascinating museum of Vanier history, the site also includes a maple forest and a sugar shack, where you can see maple syrup being made during the Sugar Festival each spring.

Why not rent a bike or use your own and cycle to Vanier? A 12-kilometre (7.5 mile) paved recreational pathway runs from Rideau Falls to Hogs Back Falls, along the east bank of the Rideau River. Shop fresh and local items from the comfort of your home or in person at the Beechwood Farmers’ Market.
More 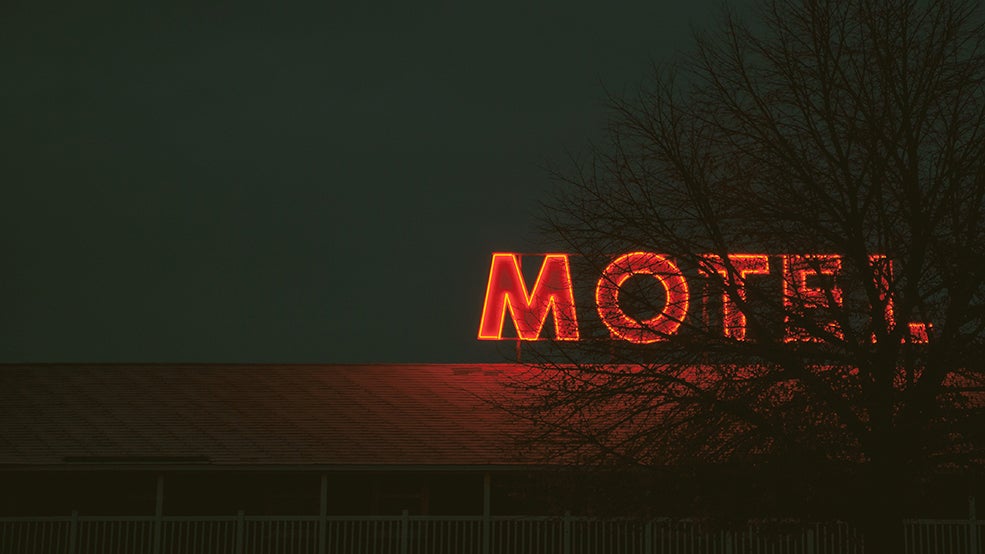 The Concorde Motel offers a combination of rooms and a sports bar for the Ottawa area.
More