Makatew Workshops: How One ‘Little Fox’ Found Guidance from the Past

Marc Forgette is a proud Anishinaabe Algonquin member of the Wahgoshig (Little Fox) band in Northern Ontario. He is prouder today than he’s ever been.

As the founder of Makatew Workshops, Marc shares his passion for Indigenous culture through experiential workshops at corporate and non-profit organizations. This includes his popular medicine bag workshop, where he explains the importance and history of a traditional medicine bag while participants assemble their own. Marc’s workshops also bring together likeminded individuals, offering networking opportunities along with learning and experiencing Indigenous culture.

The success of Makatew Workshops highlights a thirst for Indigenous teachings—amongst First Nations people as well as non-Indigenous people—and it’s a testament to Marc’s genuine enthusiasm for his cultural background. But there was a time when his mission wasn’t as clear to him as it is now.

For decades, Marc lived with alcoholism, something that hindered him from fully connecting to his roots. Five years ago, he dedicated himself to getting sober – but during that first year of recovery, he struggled to find purpose. He felt something was missing and no longer knew who he was.

One of his cousins insisted that Marc should study his Indigenous heritage, something that was always in the back of his mind, so with the support of his wife, Marc made the plunge and dug into his Algonquin ancestry.

He gained insight and inspiration from his culture, and the more he uncovered his family’s past, the more meaning he found in the present. Along with learning about his great aunt who worked with leather, making moccasins, Marc discovered an ancient family name, Makatew.

With that, the idea to start a business was born.

“Makatew was an old family name in the paperwork I found. I thought, ‘That’s kind of a cool name, Makatew Workshops. That’s going to be the business.’”

Learning to push through adversity

At the beginning of 2019, Marc’s contract with his current employer was coming to a close. Once again, he felt lost and unsure of what to do next. That’s when his wife, forever his faithful supporter, encouraged Marc to go full time with Makatew Workshops.

The business had little more than a name, but that wasn’t going to stop him.

Marc faced the challenge head on and took advantage of his free time to come up with a plan. He listed the business on LinkedIn, marketing it as a workshop service for both Indigenous and non-Indigenous groups wanting to learn more about First Nation culture.

Shortly after, a client from Marc’s previous career reached out with a proposal – Ottawa Tourism was hosting an event for 300 travel writers and felt Makatew Workshops was a good fit.

Opportunity came calling, and Marc was quick to answer. The only problem was that he didn’t know what he was getting himself into; this was his first time leading a workshop, and he didn’t have a product.

Marc came up with the idea to teach participants how to make Indigenous medicine bags. But that led to another obstacle: he hadn’t worked with leather before, and he only had five weeks to learn how to cut and sew the bags. This included making all the lace by hand.

With his willingness to learn and newfound passion, Marc pulled off the workshop despite his reservations – it was an overwhelming success and one of the highest attended seminars at the event. Impressed by the results, Ottawa Tourism asked him to lead another workshop, and Makatew started to gain momentum.

“I don’t know how, but I like to think I had help from my ancestors somewhere in the spirit world to guide me through something I’ve never done in my life.”

With renewed confidence, and perhaps a little guidance from some higher power, Marc now lives a life with greater purpose. He’s expanded his workshops to making dream catchers and traditional hand rattles and is selling products online, including custom branded bookmarks, jewelry as well as the medicine bags.

Through Makatew Workshops, he also supports Indigenous communities, sourcing leather and feathers from local hunters in Tyendinaga as well as Gatineau, and he donates scrap material to local arts and crafts programs – all of which is part of the story he tells during each workshop.

Networking has become one of Marc’s primary focuses, which he took advantage of during the Indigenous Tourism Entrepreneurship Training (ITET) program offered through Algonquin College and Ottawa Tourism.

“If I can dream of something to make my business more efficient, someone out there can make it. It’s just a matter of finding that person.”

In the past, Marc often gave up under pressure, but the ITET program taught him there are always solutions available to those willing to seek them out. Now, he believes if you surround yourself with like-minded individuals, their strengths become yours and vice-versa.

Marc continues to study his culture, finding inspiration from the many Indigenous participants of his workshops. Like him, several are relearning what it means to be a First Nation descendant.

As Makatew Workshops grows, Marc plans to incorporate even more Indigenous teachings by hiring Algonquin knowledge keepers, storytellers and dancers. He knows where he wants to go with his business – and he’s built a support system to take it there.

This article was written for the Indigenous Tourism Entrepreneurship Training (ITET) project developed by Ottawa Tourism and Algonquin College, made possible through funding from the Government of Canada. To learn more about ITET please visit www.storytotell.ca. 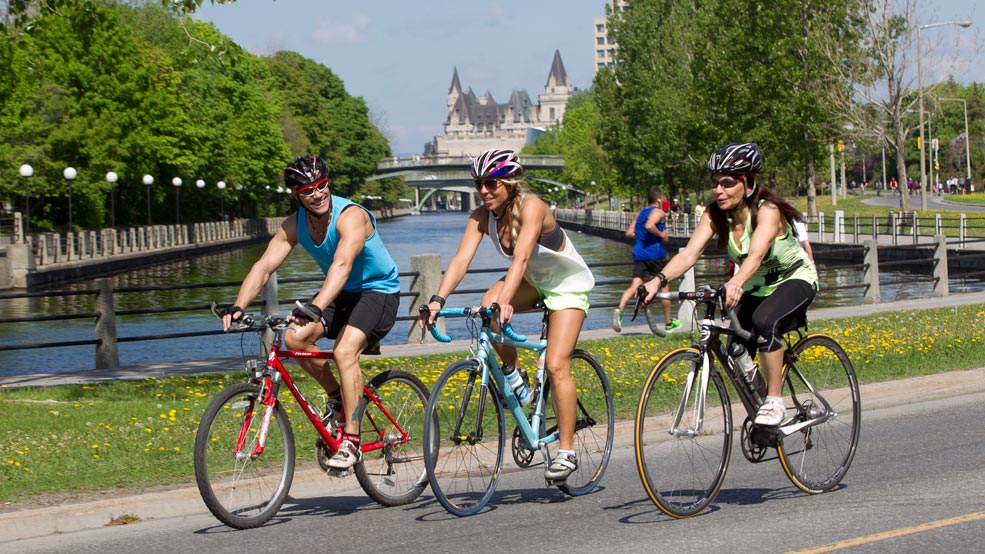